Julianne DeBlieux is a freshman and defender for University of Louisiana-Lafayette competing in NCAA Division 1 for the 2017-18 season, and formerly played in the association from the age of 7 to 18.

HoumaSoccer.com caught up with Julianne recently and asked her to tell us about her time with the Ragin’ Cajuns in more detail...

I first started playing soccer for HTSA back when I was 5 years old so around 2004. My first team was the Jaguars…what a time. I was your typical chubby, non-athletic kid looking forward more to the snack after the game than the game itself. I wasn’t great, but I liked it enough to pursue it. When I was about 7 or 8, I decided that I should play goalkeeper, and I soon found that I did not like it at all. I distinctly remember being at Burbank in Baton Rouge and the final of our tournament was to be decided by a shootout because of the weather…my team missed every shot and they made everyone. Being the dramatic kid I was, I stormed off the field in the pouring rain, threw my gloves on the ground, and basically thought the world as I knew it was over. From that moment I knew that the goal was not where I belonged.

That next year was the start of competitive soccer, and since I was trying out as a field player without ever having any real field experience, I didn’t make the team. I was absolutely devastated. Again, I thought the world was over. I spent that year playing on a recreational team and private training, determined to make it the next year. When tryouts came around that next summer, I gave it my all, and I made the team.

I knew then that I could do anything I wanted if I set my mind to it.

I had never considered playing college soccer until my freshman year of high school. By this time, I had Coach Matt Ferguson, and we were in Birmingham for a tournament. A couple of us were walking around at the fields and he asked me if I was considering playing in college. I had never thought I was good enough, but he reassured me that there was definitely a program out there for me. And from that moment I decided to give it a try, and I spent the whole ride home from that tournament researching schools.

Tell us a little about the recruitment process for Ragin’ Cajuns?

I was recruited after the assistant saw me playing at a camp that we were attending with my high school team. I think the main things college coaches look for when recruiting is level of play (obviously) but even more so the coachability and work ethic of the player. College soccer isn’t just time spent on the field; there’s many hours spent in the classroom discussing film and tactics that the coaches expect you to learn and transfer to the field.

When it comes to academics, the truth of the matter is that if there are two girls of equal field ability being looked at as possible recruits and one has a 2.3 GPA and the other has a 3.7 GPA, they will opt for the one with the high GPA. Your GPA doesn’t just show your intelligence but your ability to balance your academics and athletics which is a key part of being a college athlete.

I realized I wanted to play at ULL after I visited. To me, it just made sense. The university has my major, it’s not too small, it’s the perfect distance from home, and I was able to continue to play the sport that I love.

What were your goals when you first joined the Ragin’ Cajuns?

My main goal when I joined the Ragin’ Cajuns was to work hard and do my best and trust that if I do that, all that is meant to be will fall into place.

My first real coach was Coach Kevin Champagne. He was the one who got my team started; he taught us the fundamentals. After him I had Coach John Lapeyrouse. He taught us true discipline. We all knew that we had to work hard and focus or we would have some punishment that we rightly deserved, but at the same time we knew that he had a little sweet spot for us because we were his first real team. We knew he really valued us. He held us to a higher standard than we had ever been held to, and we really blossomed because of it.

My next coach was Matt Ferguson. I first met Matt when he coached a camp for high school which we recall to the day as ‘Death Camp.’ I’ve never met a coach who knew so many different ways to make a team run. When I found out after that that he would be my club coach I knew I was in for quite a year. I was right. At this point, there was a lot of transition with my team; some had moved to Chicago Fire and those of us left were not feeling very positive about the upcoming season, but that all shifted after our first practice. Matt didn’t care about the past of our team; he was determined to give us good future. Like Coach John, he instilled discipline in us, but as the year went along we knew that although he showed a tough front, he genuinely cared about his team. We had him for two years, and when it came down to our last game, although he won’t ever admit it, he cried.

I continued to private train with him up until I left for college, and he is for sure the biggest influence in the way I think about and play the game. After having him as a coach and shadowing him coaching over the past three years, I’ve learned so much about the physical game as well as the mental game. I hope to have half as much of the impact on the kids I coach as he has had on me.

One of the biggest setbacks in my soccer career was on May 17, 2014, when I got a concussion in the preliminaries of the state tournament. To this day I don’t remember the impact or hours after it. The moment it happened I lost memory of the previous three weeks…I had no idea where I was, the date, or the fact that I had finals the next week (needless to say, I didn’t take them on schedule). I had never had an injury that kept me out for an extended amount of time and that instilled such a fear of it happening again. I couldn’t play contact for a month, and I wasn’t allowed to head the ball for a month after that. It was so bad that the doctor said if I got another one within the year I would have to end my soccer career. The entire year I had that thought in the back of my mind; there were many games where I would sub myself out in fear of having another one. When May 17, 2015, came around, I was free at last.

My most memorable moment was during half time at the championship of the Houston Labor Day Cup when Matt was my coach. We were up and he looked at us all and in the most serious tone I’ve ever heard him speak in he said, ‘if we win, we have to go wild.’ It was the weirdest and funniest thing ever.

A typical week for me during season would be practice on Monday afternoon, rest Tuesday, practice Wednesday afternoon, practice Thursday morning, game Friday, recovery practice Saturday, and game Sunday. When I’m not playing soccer I’m either in class or studying.

College soccer is completely different from competitive soccer. We focus a lot more on working out and conditioning our bodies for injury prevention than I ever did before. Also, film is very important. It’s not always fun to watch, (especially when you have a bad game…you may have forgotten that bad pass but you’ll remember it when its played 3 or 4 times in film) but it is really beneficial to watch yourself in order to learn from your mistakes.

The nature of college soccer as a whole is completely different from club. In club, you have some competitive players and other that don’t care as much; in college, every player is all in.

My favorite part playing college soccer is being with a group of girls who all have the same goal in mind. We are all in it together.

My first few weeks have shown me that all I can do is work as hard as I can to do my best and the rest will fall into place. I’ve found that constantly worrying about play time and recognition doesn’t help in gaining either. I rather just go in with no expectations and be grateful for the opportunity I’ve been given.

What is your ultimate goal, and how important is Ragin’ Cajuns in helping you towards that?

My ultimate goal is to experience as much as I can through school and playing soccer so that when I enter the real world, I am able to help others through their life struggles whether that be mentally or physically. Just in the few weeks I’ve been a part of the team, I have learned so many life lessons that I will take with me once I graduate.

Playing soccer in college is a lifestyle. It takes hard work and it is definitely not the easy way out, but it’s a life experience that not everyone gets the chance to do. If you get the chance, take it. You have nothing to lose. 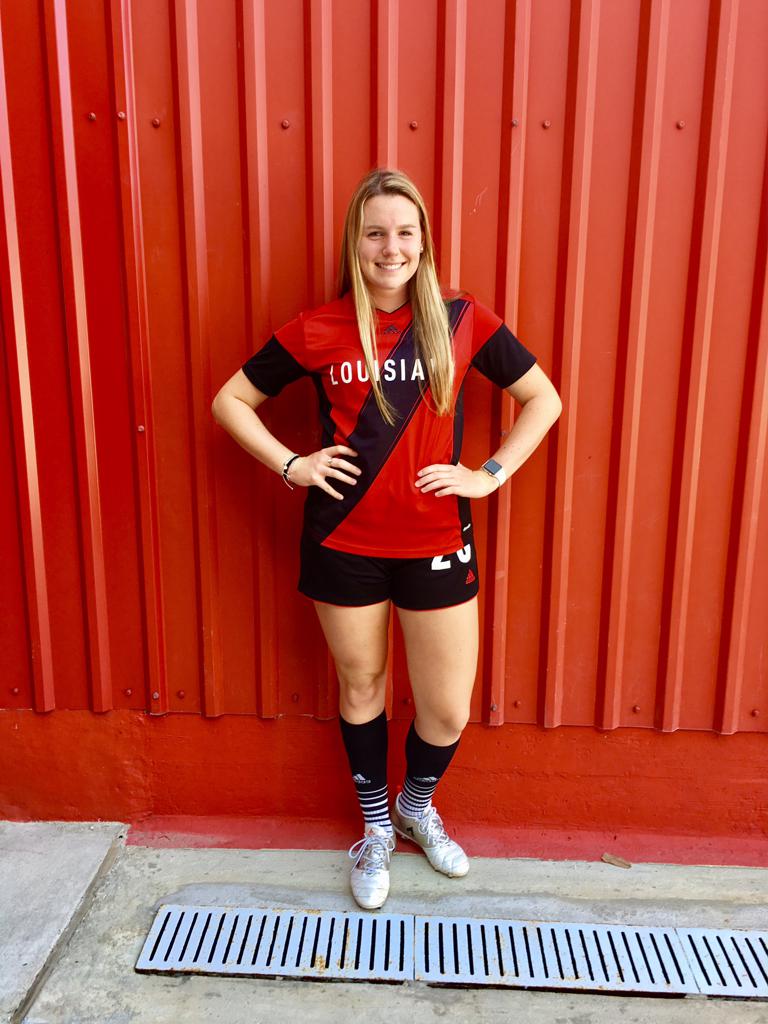 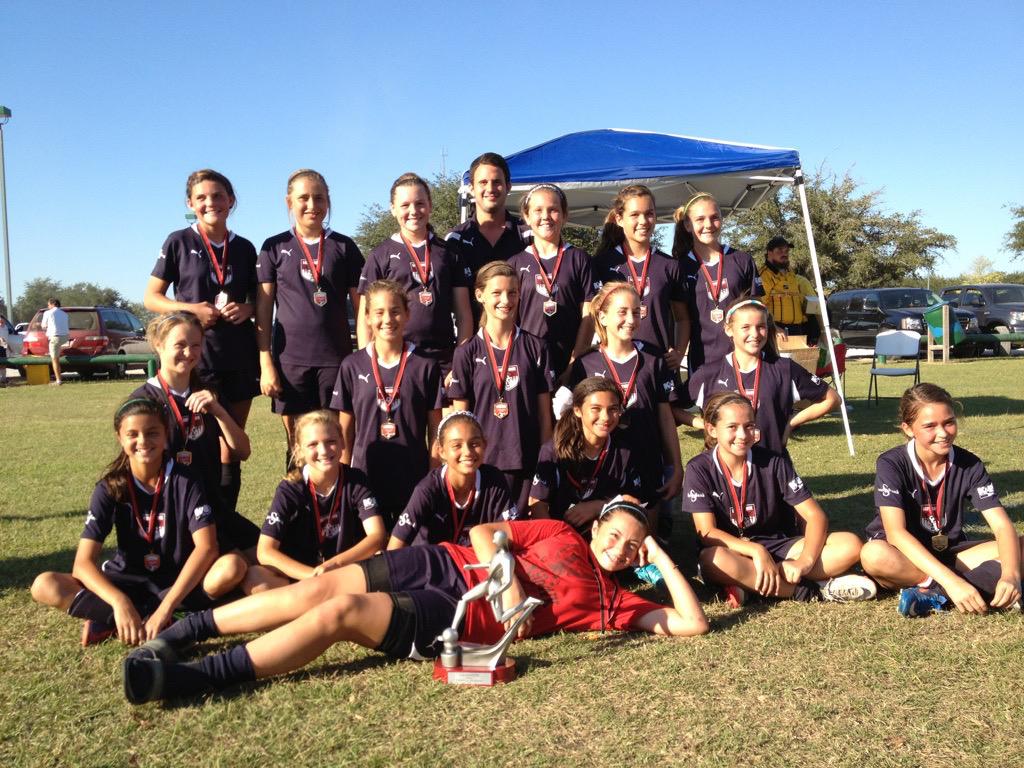 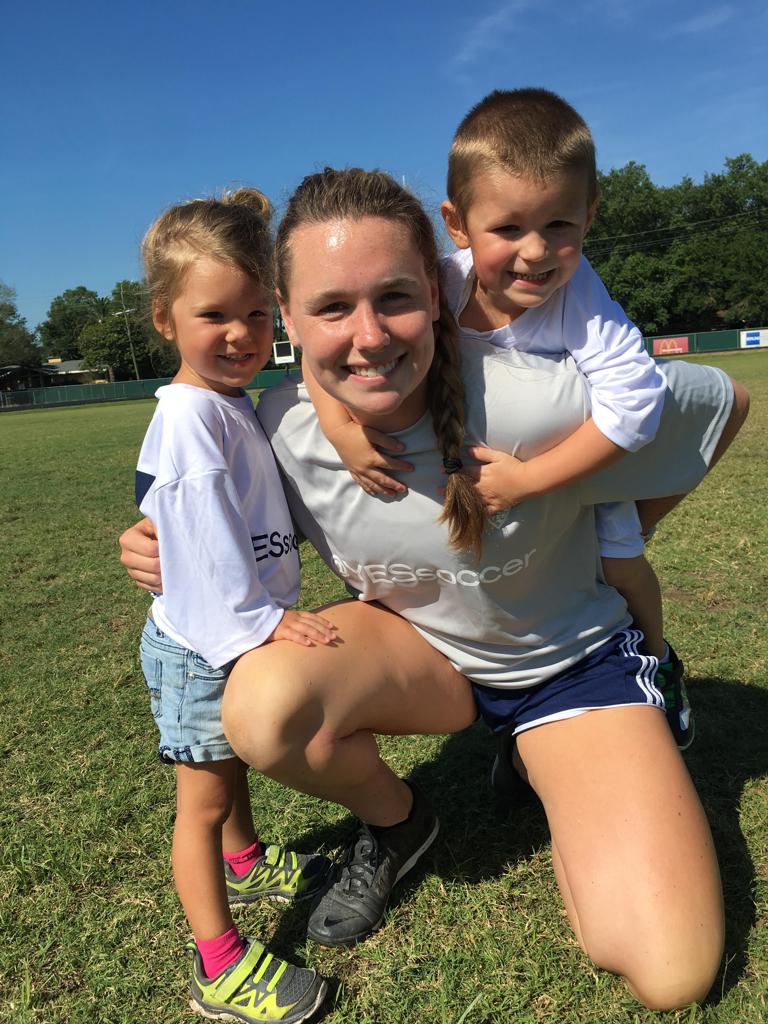